. Cole proves he can still navigate the charts with finesse.

The narrative that true lyricists can’t move units is, by all accounts, a silly one. Case in point, J. Cole‘s recent “Middle Child” milestone. Upon dropping off hispromotional single on January 23rd, the T-Minus produced banger has already surpassed over 100 million streams on Spotify alone. The track, on which Cole promises to increase his overall presence in the game, points to big things en route for the Dreamville capo. If that’s not enough, consider that the statistic is solely focused on Spotify, while neglecting to include the numbers from fellow services Apple Music and Tidal.
View image on Twitter 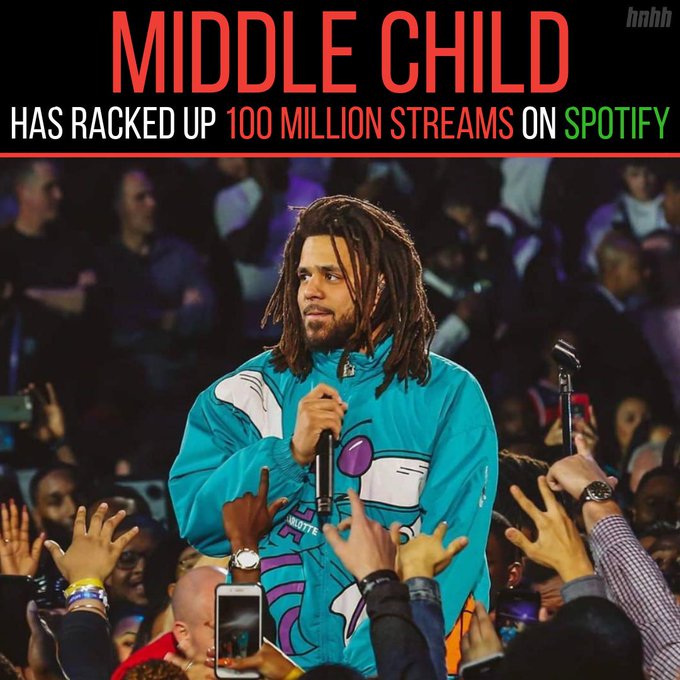 In under a month…

These days, a massive single usually bodes well for the follow-up album, as all previous streams tend to count toward a project’s overall tally. While frustrating in some cases, especially when long-stale singles seem to shake up the album’s cohesive flow, “Middle Child” feels like it could sit right at home on a J. Cole record. It wouldn’t be surprising to see the single pop up once again, whenever Cole decides to drop his post-KOD project. In the meantime, congratulations to J. Cole, and take solace in one simple fact: you don’t have to dumb it down to move units.

JAKE RADIO-BECOMES THE FASTEST GROWING RADIO STATION IN THE NATION

The Best and Worst Moments of the 2019 Oscars

21 SAVAGE SAYS GETTING DEPORTED IS HIS WORST NIGHTMARE