It’s the news we’ve all been waiting for, new music in the form of a full-length album coming at us by none other than Kendrick Lamar. Of course, we wish that the tape would arrive before the end of the year (so about a week) but it looks like it will most likely arrive in the new year.

Polydor Records records, that is affiliated with Interscope and responsible for distributing albums in Europe, posted an image to Instagram that has since been deleted that reads a list of upcoming albums for 2019. Among the list are Black Eyed Peas, ScHoolboy Q, Lady Gaga, Selena Gomez and Kendrick.

Pop Crave grabbed an image of the post below. 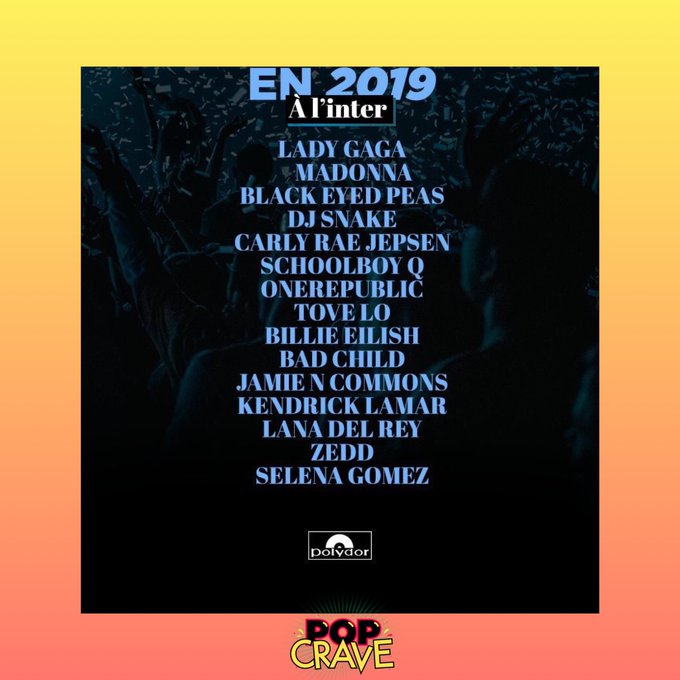 Polydor Records, who distributes Interscope albums in Europe, revealed in a now-deleted Instagram story that the following artists are releasing albums in 2019:@LadyGaga, @CarlyRaeJepsen, @Madonna, @LanaDelRey, @ToveLo, @SelenaGomez, @KendrickLamar, @BillieEilish and many more!

A new tape from Kendrick has been a necessity for a while since the last full offering we got from the  Compton bred rapper was 2017’s DAMN. This year we did get to hear his crafted work on the Black Panther soundtrack, but there’s nothing like a full body of work surrounded around the mind of Kendrick alone.

We’re ready whenever you are, K Dot.